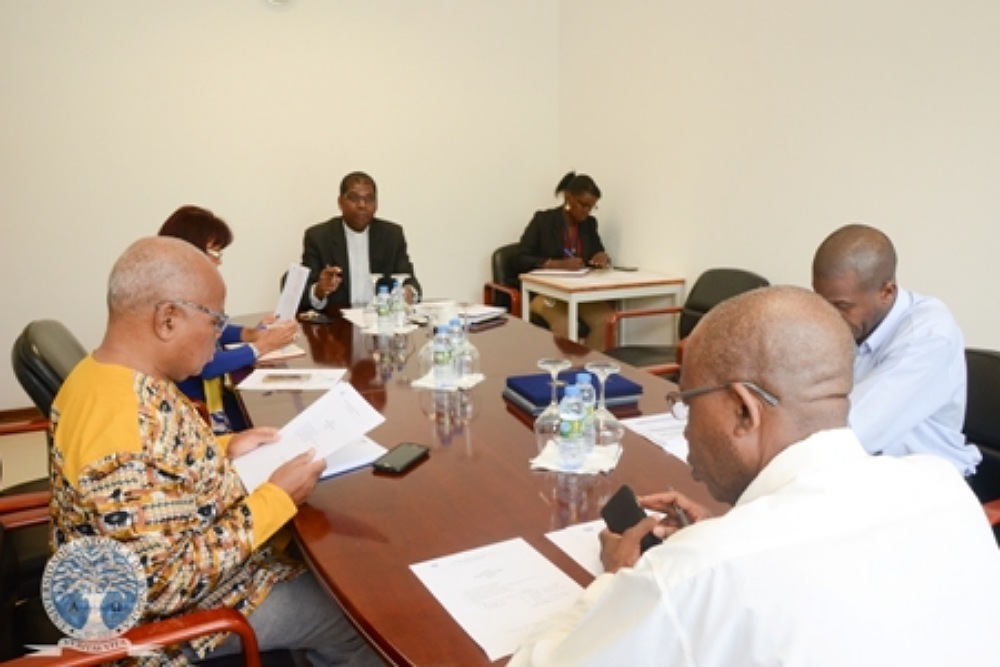 The Catholic University of Angola has available for the year 2019 thirty-six (36) internal scholarships. The matter was dealt with at the meeting of the Rectors' Council (CR), which was held on Thursday 28 March at 9 am. On this subject it was decided that, of the total of scholarships, seven (7) will be destined to finalist students. The scholarships will be offered to candidates from low-income families, but who have a good academic performance.

Also at the meeting was the report of the trip of the Rector Major, Fr. José Vicente Cacuchi and the Director of the Center for Studies and Research of Ethics (CEIE), Fr. José Sebastião Manuel, to South Korea. presented, the CoR decided to create a Directorate for International Relations, a department of its own that will deal with the University's relationship with international partners.

The CoR positively evaluated the Integration Week promoted recently by the Director of the Center for Studies and Research of Ethics (CEIE), Frei José Sebastião Manuel, and recommended improvement in some aspects. The Integration Week was held for the first time at UCAN and also counted on the participation and commitment of all UCAN's Organizational Units.

The UCAN Organizational Communication Improvement Plan, proposed by the GICS, was also the subject of the table. The CoR agrees with the broad outlines outlined and subject approval to a more detailed clarification. In the various areas, the preparation of the meeting of the members of the Rectory with the members of the Episcopal Commission for the Catholic University of Angola (CEUC) was initially undertaken, with the objective of evaluating the current situation of the University, a meeting held on Monday , April 1st.

The CoR also considered the extension of the enrollment period for students who made payments outside normal deadlines. The decision was that students could regularize their situation. To formalize the information, the Vice Dean for Academic Area Dr. Maria Helena Miguel sends out an office. In addition to the presence of all members, the CoR had a guest, the Director of the Center for Studies and Research of Ethics (CEIE), Frei José Sebastião Manuel.