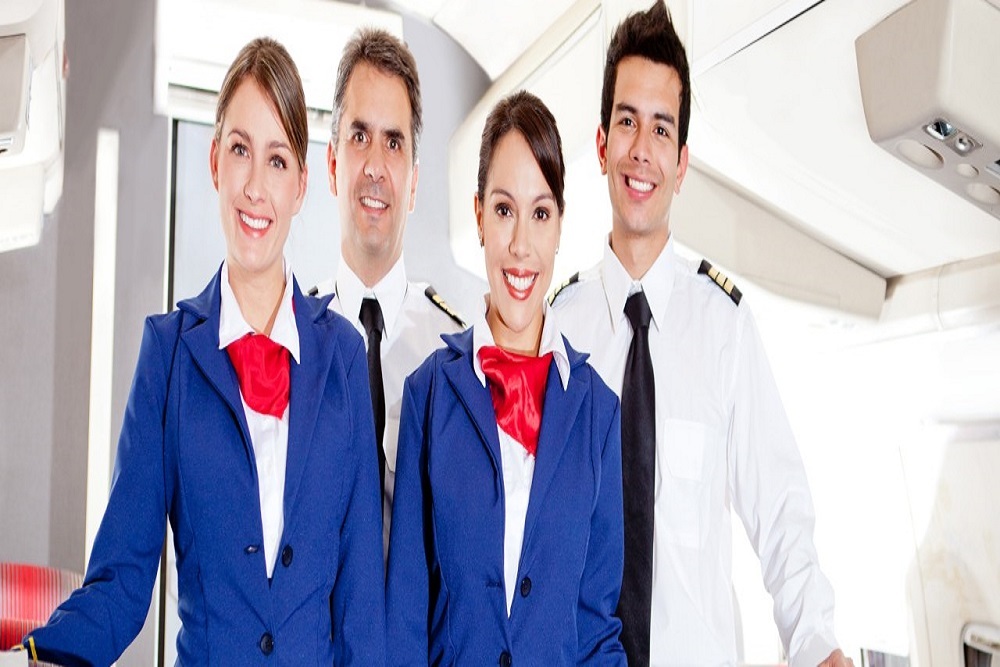 The story about flight attendants is a bit like taking a whirlwind tour of society’s fundamental changes through the last century. From the early air stewardesses – registered nurses in their crisp white uniforms, through short-skirted ‘sky girls’ serving cocktails at the airplane piano bar, to modern airline cabin crew and private charter flight attendants. Take a journey with us through the history of flight – this time from the point of view of the flight attendant.

The world’s first flight attendant was a man – Heinrich Kubis. Not unusual at the time; only men were initially hired to assist passengers on airplanes. (Kubis later survived the LZ 129 Hindenburg air tragedy by jumping out of a window as it neared the ground.)

It was Church’s manager, Steve Simpson, who suggested that employing women on all flights would have a positive psychological effect on passengers because of their “neater and nicer method of serving food and looking out for passengers’ welfare”. The trend soon caught on and by the mid-1930s, around 300 female flight attendants were employed in airline service – but all had to be young and single.

In the 1940s, the duties of female flight attendants were expanded to include cleaning the cabin, stopping passengers from throwing garbage out the windows, and sometimes helping to fuel the planes. It was around this time that the idea of cabin crew uniforms took hold. The 1944 TWA uniform was designed by Hollywood fashion designer, Howard Greer, with the ‘blou-slip’ – an undergarment that didn't need to be constantly tucked in. In 1945, flight attendants set up the Airline Stewardess Association, which is now called the Association of Flight Attendants union.

1950s to 1970s: from restrained elegance to space helmets and hotpants

By the mid-1960s, while airlines were still not allowed to set their own fares, air hostesses became marketing tools, used by airlines to carve out market share. Slogans like: “Does your wife know you’re flying with us?” and "How do you like your stewardesses?" were common, and uniforms went from military-influenced elegance, to apricot overcoats and bubble space helmets. At the time, no career was more glamorous than that of flight attendant. Air hostess uniforms were at the forefront of fashion and there was stiff competition for flight attendant jobs – TWA accepted less than 3% of job applicants.

The 1970s saw federal courts rule against the inclusion of no-marriage clauses in flight attendants’ contracts as well as those that discriminated against men whose flight attendant applications were being rejected on the basis of gender. Even so, the marketing tactics of many airlines became increasingly risqué with campaign tags like: “I’m Cheryl. Fly Me!" Air hostesses were even required to wear hotpants and other revealing clothes.

1980s to 1990s: from stewardesses to mainstream air travel

It was in the 1980s that the terms ‘air hostess’ and ‘air steward’ were dropped in favour of the gender-neutral ‘flight attendant’. For every 100 female flight attendants, there were just 19 male flight attendants. It was also during this time that a shift began in the aviation industry. Air travel went from being a luxury to a popular, accessible way to travel for an increasing number of people. Airlines began to compete for passengers by offering lower airfares – instead of enticing male businessmen with the most attractive air hostesses.

By the 1990s, career opportunities began to open up for flight attendants. Jobs were offered aboard commercial airlines, and the luxury and convenience of travel by private jet charter was gaining in popularity, so jobs for private jet crew became highly sought after. In 1990, then-President George H.W. Bush recognized July 19 as the Flight Attendant Safety Professionals’ Day to honour the contributions flight attendants had made to the airline industry and the history of flight.

These days, the role of cabin crew is less about fluffing pillows and playing the ukulele, and more about getting passengers safely and comfortably to their destination. Even the aviation visionaries of the 1920s and 30s could never have imagined the number of people flying today.

It may seem that the glory days of airplane travel are over, but today’s passengers have more choices than ever before. If a non-stop flight at the cheapest price is the most important criteria for one passenger, then the ease and convenience of a private jet charter is the way another individual may choose to travel. Just as we found ways to make automobiles appeal to most tastes and pockets, we’re finding ways to bring plane travel within the reach of most travellers. This means that cabin crew jobs and career opportunities are changing to keep apace.

Today, flight attendant jobs are more complex, with safety briefings taking place before each flight. The boarding particulars of special needs passengers or VIPs are discussed, along with weather conditions and anticipated turbulence. Safety checks are carried out for onboard equipment and any items not up to par are reported and rectified before take-off. Flight attendants have similarly complex procedures for on-boarding passengers as well as during a flight, and when seeing passengers off a plane at their destination.

For private jet crew, the role has quite a different look and feel. Private charter flight attendants provide excellent customer service to passengers while also looking after their comfort and safety during a flight. They carry out many of the duties of commercial airline cabin crew with a few exceptions. Since private jet charter is not only about speed and convenience, flight attendants onboard private jets ensure that their passengers are given the best customer service possible at all times.

This quest for the ultimate flying experience means that private jet flight attendants do not only have commercial aviation backgrounds. Many are former executive assistants, personal chefs, or have high-end hospitality service experience. Private jet charter flights allow flight attendants to use a higher level of creativity – they have to cook, bake, make up beds to a client’s specifications, problem-solve, and add thoughtful touches to the in-flight experience. Private jet flight attendants are also required to be discreet because most of the passengers they attend to are celebrities, sports stars, corporate executives, and billionaires.

Of course the world’s rich and famous have high expectations so the role suits flight attendants who are thrilled by the challenge of exceeding expectations. It calls for hard work, professionalism, and dedication, but when it comes to adventure and earning potential, the sky is the limit for ambitious flight attendants.