CATHOLIC UNIVERSITY OF ANGOLA: Teachers of Ethics Analyze Content Uniformization for UCAN Headquarters and its Extensions 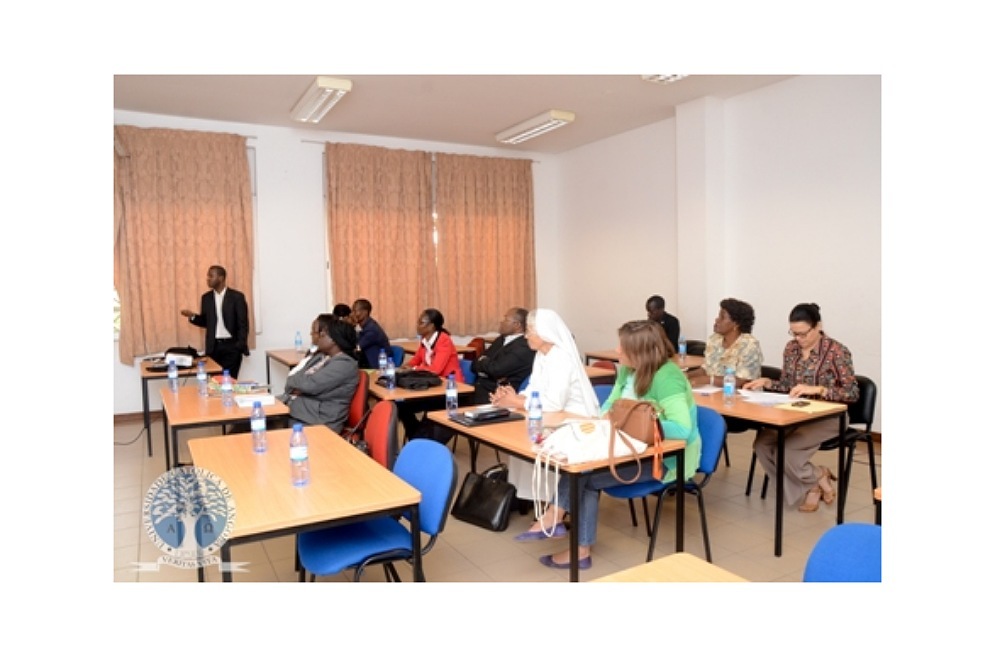 Catholic University of Angola issued the following announcement on Sep. 15.

The Coordination of Ethical Chairs of the Catholic University of Angola is harmonizing the syllabus of the ethical disciplines. This subject was discussed at a meeting with the teachers of the respective disciplines in July.

In addition to the harmonization of the contents, the meeting chaired by Friar José Sebastião Manuel (Friar Zeca),  as Coordinator of Ethical Chairs, also dealt with the evaluation of the first academic semester, preparation of the second semester and analysis of work proposals presented by the teachers.

Following the opening prayer, the Vice-Rector for University Research and Extension, Father Dr. Jerónimo Cahinga, welcomed the first-time lecturers, underlined the importance of the harmonization process and the relevance of its extension to ISUP- JP II, and informed the state of the process of drafting a code of ethics for UCAN.

Teachers made a positive assessment of the teaching and learning process in the first semester, emphasizing the relevance of continuous assessment, including written work, participation, attendance and punctuality. They pointed out as challenges the need to increase the quality of students' reasoning in aspects such as logic, progression, non-contradiction, comparison and contextualization, not only in ethics, but in all fields of knowledge and life. Thus, the teachers suggested that these aspects should deserve special attention in the second semester. They suggested that a possible improvement could be achieved by including extracurricular activities such as conferences, debates and round tables, films, which would be further developed.

Finally, the teachers were able to contribute to the proposed code of ethics submitted to them.

The harmonization of syllabus is also a concern of the Ministry of Higher Education, and it will facilitate mobility among G4 University members.