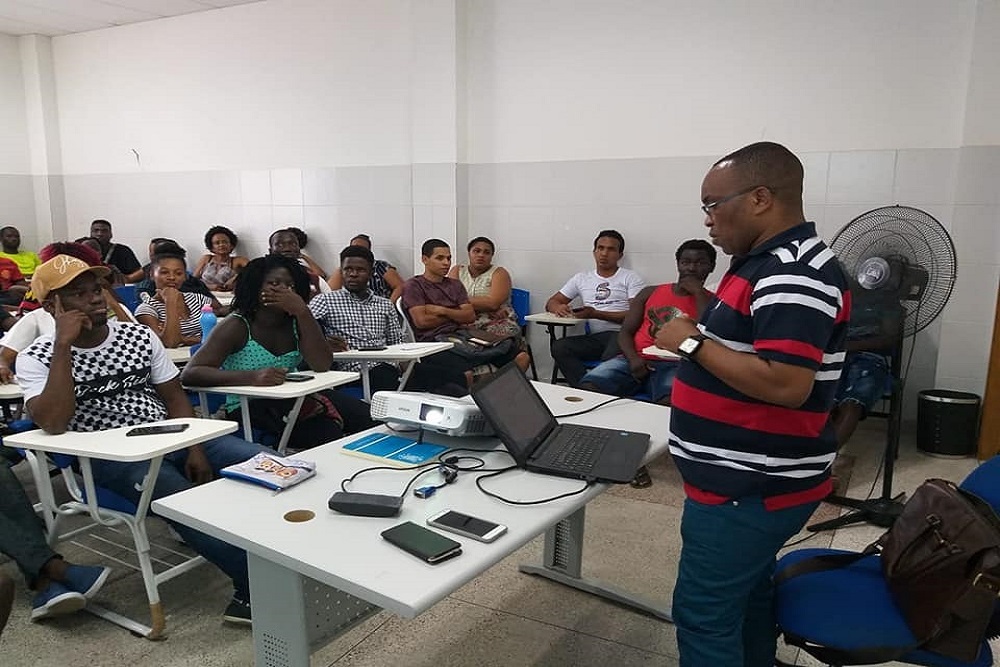 The University of International Integration of Afro-Brazilian Lusophony (Unilab), at the Males Campus, in São Francisco do Conde / BA, receives, on October 2nd, the Angolan professor Manuel da Silva Domingos. The lecturer will give the lecture on: “Cutting strategy in the use of relative in Angola Portuguese: dialogue between syntax and linguistic variation”.

The event will take place at 3 pm, with a certificate of 3 hours.

Agostinho Neto University Professor (Angola), Manuel da Silva Domingos will also establish partnerships, get to know Unilab and think about how to strengthen the internationalization of the two universities. The visit was organized by Professor Alexandre Timbane, from Unilab.

Angolan, holds a degree in Portuguese Language and Literature, from the Faculty of Letters and Social Sciences of the Agostinho Neto University (UAN) and a master's degree in Linguistics, in Forensic Phonetics and Phonology, from the Faculty of Letters of the University of Lisbon. He is currently assistant professor at the Department of Languages and Literatures in Portuguese, Faculty of Arts, University Agostinho Neto (UAN). He teaches various disciplines of Bantu Linguistics and Language Descriptions as well as Discourse Analysis. He is a founding member and Coordinator of the Portuguese Portuguese Oral Corpus  Collection and Study Group  (Grecorpa) of the Population Research and Study Center - UAN. It guides undergraduate, undergraduate and postgraduate research.