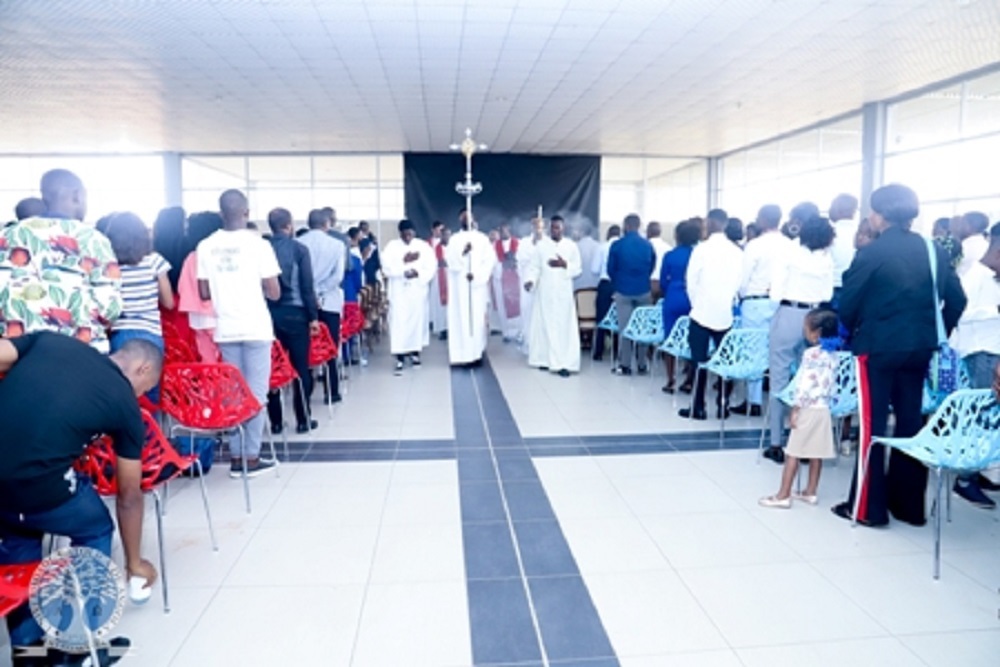 Catholic University of Angola issued the following announcement on Nov. 22.

The Catholic University of Angola closed on Saturday 16 November, the academic year 2019. The closing ceremony began with a mass, where the sacraments of baptism, first communion and chrism were administered.

The Mass was presided by the Vicar General of the Archdiocese of Luanda, Father Doctor Antonio Lumguieki, also a professor at UCAN, whose homily focused on the themes of wisdom, Christian maturity and church service.

After the Mass, the solemn closing ceremony was held, chaired by the Vice-Rector for Academic Area, Dr. Maria Helena Miguel, representing the Magnificent Rector, accompanied by the Vice-Rector for University Research and Extension, Father Doctor Jerónimo Cahinga, by Secretary General of the University, Dr. Laurindo Miji Viagem and the Coordinator of the Professional Graduate Course in Pedagogical Aggregation, Dr. Ana Rocha.

In the closing speech, the Vice-Dean for Academic Area, Dr. Maria Helena Miguel, highlighted the facts that mark the year. In particular, the financial crisis that has strongly affected the University, especially the teachers who see their depreciated salary, due to the devaluation of Kwanza; the persistent difficulties of academic management software, but has noted that the problem has already been identified, and steps are being taken to address it; the holding of the first Professional Graduate in Pedagogical Aggregation, attended by 20 UCAN teachers, out of 22 who completed the course; At the end, the official gave a positive note to the third election of a woman to the post of president of the Student Association, occupied by student Estefânia Loureiro.

In the act, were also invited to speak to the Coordinator of the Postgraduate Professional Course in Pedagogical Aggregation, Dr. Ana Rocha, who presented the training report. The official thanked the training faculty, administrative staff and students; the president of the Student Association, Estefânia Loureiro; and the representative of the postgraduates in Pedagogical Aggregation, Dr. Alexandra Martins.

Before closing, the certificates were delivered to teachers trained in Pedagogical Aggregation.